Born in Berlin in 1989, Bigge first grew up in a musical home with classical music, but at the same time was also influenced by the emotional directness of pop. Already at the age of 16, he discovered the piano trio as an adequate form to express himself, and he has remained faithful to the trio to this day. In the course of his career, which has included Richie Beirach and Michael Wollny at his side, he has opened up in all directions and simultaneously thrown off more and more ballast to bring his own idiom to full fruition. In 2010 he founded his current trio, to which the incredibly dynamic bassist Athina Kontou has belonged since the beginning. The drumming all-rounder Moritz Baumgärtner completed the formation four years later.

Imago is the second album with this lineup after Pegasus. From the very first tone, the music acts like a collective coup. And while Bigge does not deny any of his idols, who are equally found in jazz, classical and pop, the three visionaries perform so intuitively and musically as if there had never before been a recording of another piano trio. It is neither about expectations, nor the completion of pre-stamped forms. On the contrary, every song is a new journey of discovery. Although the compositions originate exclusively from the pen of the pianist, the trio resembles an equilateral triangle in its main characteristics, which is known to be one of the most resilient geometrical forms ever. However, the length of the sides and the center of gravity are renegotiated in each song.

The equilateral nature of this triangle can also be effortlessly transferred to the three components jazz, pop and classical music, each of which is inherent to the music in equal parts. But this is not about fusion or superficial crossover ideas, rather it is about a kind of spiritual interpenetration of the attitudes underlying the three basic genres. “I try to translate the emotions that are in pop into jazz,” explains Bigge, “because I often miss them in jazz. Of course, the instrumentation, the improvisation and our handling of different parameters and forms come from jazz. However, it is important to us that the improvisations always have a function within the piece and sound as if they were part of the composition. As a composer I am also shaped by the structural clarity of J.S. Bach. In the end, we always want to bring complexity together with accessibility.”

Immediately striking is the brevity and concision of the pieces. Committed to the spirit of spontaneous improvisation, Bigge, however, is fully a composer. He weighs all aspects of a piece of music and knows exactly how much of what each piece needs. What should be said is said, and that’s it. At the same time, the tracks are full of dynamics, emotions of partly opposing movements as well as surprising mood and tempo changes. Despite using provocative asymmetry, Bigge always focuses on the essentials. Skillfully, he plays with contradictions. For this reason, his compositions are equally complex and simple, fervent and factual, eccentric and easily accessible, clearly structured and yet full of encrypted images. You only have to listen to this album once, and a lot of what you can call on from the multitude of motifs remains in the inner player of the listener.

The concept of imago suggests both image and unity: the Johannes Bigge Trio is always in the picture, in every playful moment. It hardly matters which parts are improvised or composed because the respective pictures are extremely flexible. For Bigge himself, Imago has yet another meaning. “I read once about insects, that the last stage of their metamorphosis after larva and pupa is called imago, so to speak the finished ‘Picture of the Species.’ The piece “Imago” with its idyllic beginning, which is abruptly broken several times and then develops into something very different, carries within itself this metamorphosis, the pervading and appearance of the imago.” This way of reading the music also makes sense because the songs are basically about different states of composition, of which what is commonly understood as improvisation is merely the most spontaneous. What matters is the result – perfection as an expression of transience. “Transferred to the album as a whole,” says Bigge, “both we as a band and the music have undergone a metamorphosis since the last album.”

However, we should not get ourselves tangled up in conventional terms and views because they do not do justice to the music of the Johannes Bigge Trio. Imago manifests a language for which no dictionary exists. What arises here does not want to be explained, but rather imagined in the most immediate sense of the album.

“Peculiar harmonies that fly to the participants, then melt away, even before they can become changes. Grooves and textures that are, at first, the one thing and then become the other. At the same time, complex and simple, irritating and mesmerizing, independent, but far from completely told.”
Michael Wollny 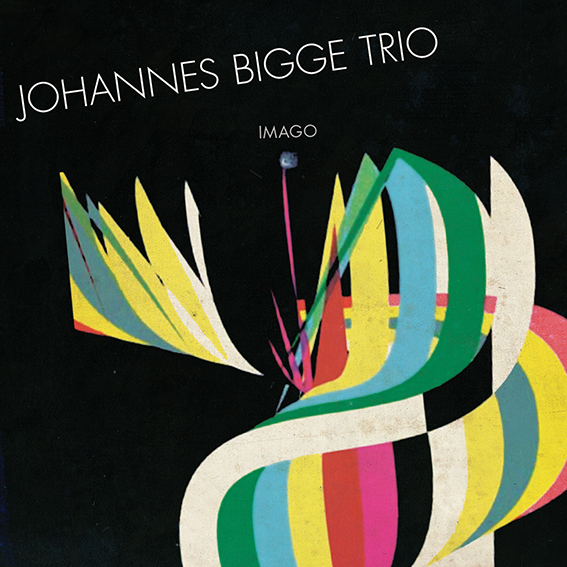 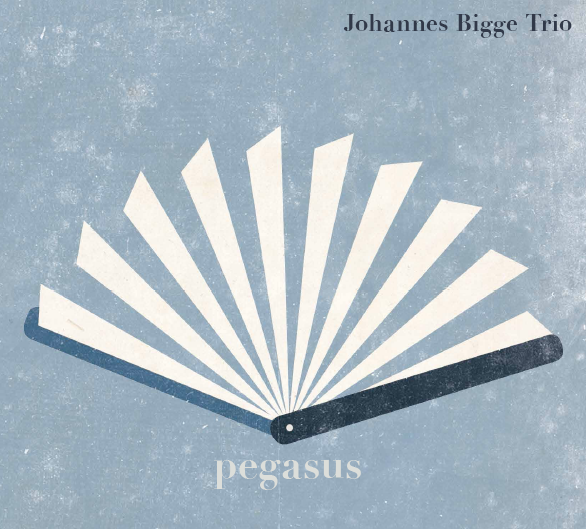 „This young pianists musical and compositional language is of such striking filigree delicacy and multidimensionality, that listening to his music for the first time without knowing anything biographical about him, one would think of a mature and older composer.“

„How these eight pieces pulsate, how they turn and turn, how they build up and fade away, how chords cumulate and resolve into delicate melodies, lies far outside the usual framework of what most other piano trios offer.“

„His music sounds indeed tremendously fresh and different.“…“It’s not surprising, that such a courageous album is released on the niche label of the musician Nils Wogram.“ 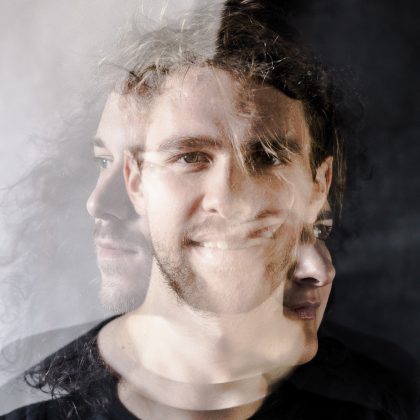 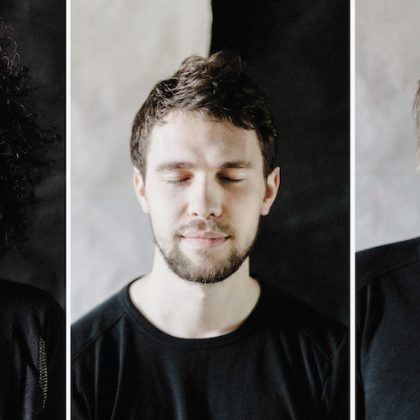 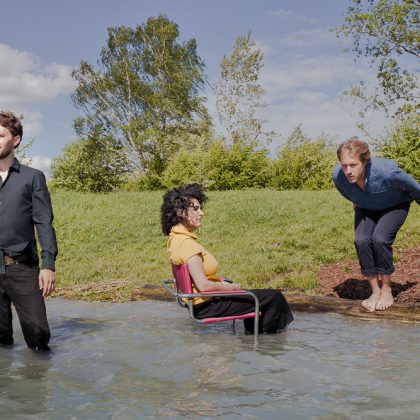 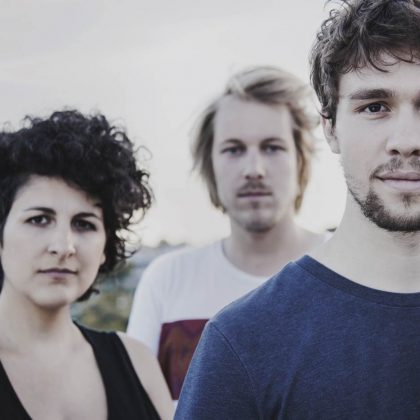 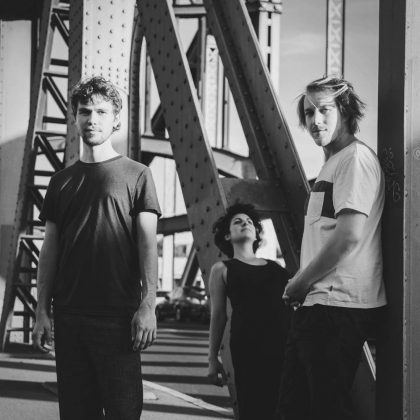 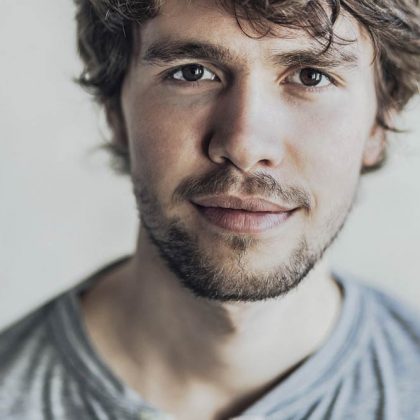 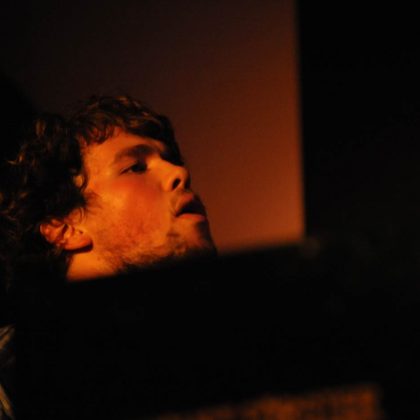 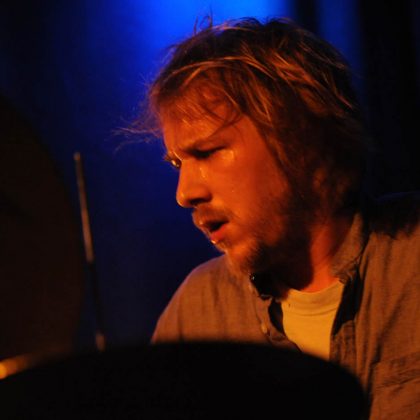 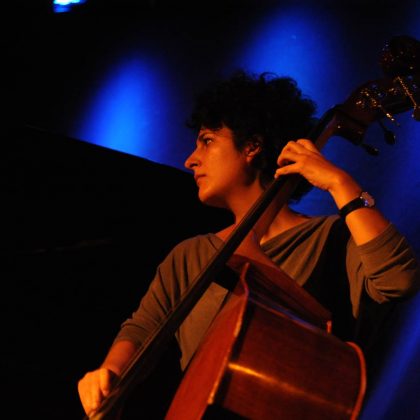 All texts, pictures, images, graphical presentations, music, trademarks and brands on this website are subject to copyright laws.
The copyright for any material created by the author is reserved. Any duplication or use of objects such as images, diagrams, sounds, video sequences or texts in other electronic or printed publications is not permitted without the author’s agreement.
All content of this website, texts and pictures are for private use only. Any duplication, processing, distribution, or any form of commercialization of such material beyond the scope of the copyright law shall require the prior written consent of its respective author or creator.

The use of published postal addresses, telephone or fax numbers and email addresses for marketing purposes is prohibited. The Web site provider reserves the express right to take legal action against unsolicited mailing or e-mailing of spam and other similar advertising materials.

Legal validity of this disclaimer

If sections or individual terms of this statement are not legal or correct, the content or validity of the other parts remain uninfluenced by this fact.

This Privacy Policy describes how your personal information is collected, used, and shared when you visit johannesbiggetrio.com (the “Site”).

We only collect your email address submitted through our subscribe form in order to promote our upcoming events, it is not shared with anyone or any third-party agencies.

HOW DO WE USE YOUR PERSONAL INFORMATION?

We use this information to communicate with you and provide you with information or advertising relating to our services and activities.

We do not share your Personal Information with third parties, as described above.

We may also share your Personal Information to comply with applicable laws and regulations, to respond to a subpoena, search warrant or other lawful request for information we receive, or to otherwise protect our rights.

Please note that we do not alter our Site’s data collection and use practices when we see a Do Not Track signal from your browser.

The Site is not intended for individuals under the age of 18.

We may update this privacy policy from time to time in order to reflect, for example, changes to our practices or for other operational, legal or regulatory reasons.

For more information about our privacy practices, if you have questions, or if you would like to make a complaint, please contact us by e-mail at news@johannesbiggetrio.com.